Today we woke up bright and early to catch a Greyhound. Our bus to NYC left DC at 7 am so we visited Union Station that morning when no one else was there! The bus wasn’t bad at all. We sat at the front and it was a very smooth ride. We arrived a bit before 11 and headed straight to Times Square! 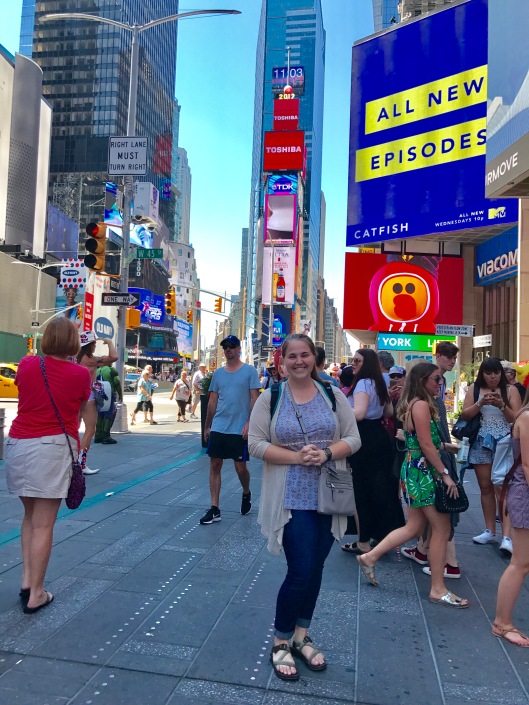 We had show tickets for Anastasia at 2 pm so we stayed near Times Square for the most part. We walked to Radio City and checked out the NBC shop. We looked up at Rockerfeller Center and Kacie got a picture in front of the Lottie Moon Palace from Gossip Girl. We had lunch at Bill’s Burgers and that was delicious. 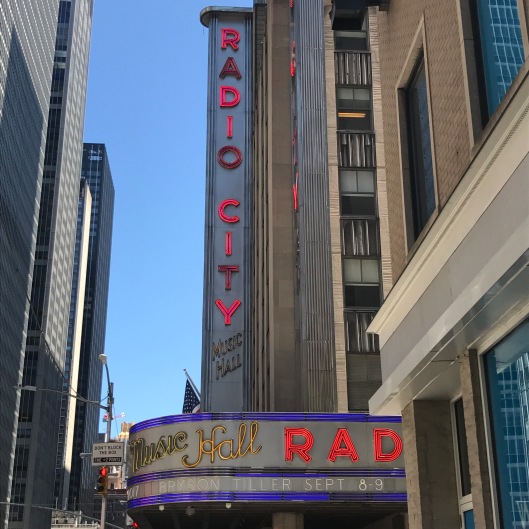 The show though. The show was amazing. We were in the sixth row and OMG. I spent the first 15 minutes sobbing because I just couldn’t believe I was seeing the show. It was my favorite movie as a child and when it was announced that it would be on Broadway, I was so excited but sad because I didn’t think I’d ever see it. When Kacie and I started talking about a potential day trip from DC, we immediately nixed NYC because the train tickets were so expensive. Then we found out about the bus! It was a perfect way to spend the day getting to see my bucket-list Broadway musical. It was just amazing. So amazing. I wish we could have stage-doored, but Kacie needed a picture on the steps of the Met.

We got subway tickets and rushed to the Met so she could get a picture of herself on the stairs. After that, it was time to go back to the bus station to head back to DC. There was no missing this bus or we wouldn’t have made it home!

All in all, the trip was amazing. We are already talking about what we want to do next summer!